Indian Gillette Venus Razor for Women 449.00৳
Back to products

India I pill tablet in Bangladesh

For women who want to avoid unplanned pregnancies, the i-pill Tablet is an efficient contraceptive pill. 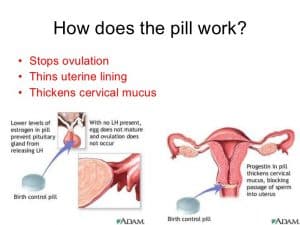 Within 12 hours of having unprotected intercourse or a contraceptive failure, i-Pill Emergency Contraceptive Pill, 1 Tablet should be taken. Oral administration with a glass of water is recommended for this pill. Only a medical professional with experience inserting IUDs should do the procedure in a hospital setting.

It’s possible that you’ll get stomach cramps and diarrhoea as well as other side effects such as nausea and vomiting. Most of the negative effects of i-Pill Emergency Contraceptive Pill, 1 Tablet, will go away after a few days of use. However, you should contact your doctor, however, if the adverse effects continue to bother you.

If you have an artificial valve in your heart, heart disease such as high blood pressure or high blood cholesterol, asthma, a bleeding disorder, anaemia (low haemoglobin), salpingitis (inflammation of the fallopian tubes), are malnourished, or are pregnant, use i-Pill Emergency Contraceptive Pill, 1 Tablet. If you plan to take i-Pill Emergency Contraceptive Pill, 1 Tablet, you need to know that it may make you less able to drive or operate machinery.

Sexually transmitted infections like HIV are not prevented by using emergency medications. Condoms are the safest and most effective method of contraception for preventing certain diseases.

Frequently Asked Questions about the contraceptive pill in BD

When should I take my i-pill?

An i-pill, an emergency contraceptive pill, should be used as soon as possible after unprotected sex to avoid pregnancy. Take the pill as soon as possible after unprotected intercourse, ideally within 72 hours (three days). However, in some situations (especially if prescribed by a doctor), it can be taken for up to five days at a time. But keep in mind that your chances of successfully using contraception increase the earlier you begin taking the pill.

Is there a risk of subsequent pregnancies if I take the i-pill?

Most women who use an emergency contraceptive pill wonder about this. By interfering with your hormonal cycle, these drugs have been shown to temporarily postpone conception (or menstrual cycle). It has no effect on your chances of becoming pregnant in the future.

Does taking an i-pill put me at risk for any side effects?

It’s safe if you’re careful and responsible with how you use it. The adverse effects of hormonal imbalance may include gastrointestinal issues such as nausea or exhaustion, as well as headaches and a pounding in the brain. In some situations, your menstrual cycle may begin early or be delayed.

Is it okay to take an i-pill when I’m sick?

This medicine should only be used if there was no protection or if a method of birth control didn’t work (like a broken condom).

There are i-pills, but how do I take them?

Take a single pill with water and swallow it whole. Take it as soon as possible after unprotected sex or a failed contraceptive attempt, preferably within 72 hours.

Asked a customer: “How often can I take i-pill?”

Contrary to popular belief, the i-pill is an emergency contraceptive that should only be used in the event of an actual emergency. Taking it on a daily basis can have a profound effect on the way your body responds to hormones. Instead of taking the i-pill multiple times a month, you should use condoms, regular birth control pills, or intrauterine devices (IUDs) to keep you from getting pregnant when you don’t want to.

Is it necessary to perform a pregnancy test after taking an I pill?

Despite the fact that the pill dramatically reduces your chances of becoming pregnant, a pregnancy test is nevertheless indicated if your periods are delayed by more than one week. The i-pill does not work if pregnancy has already been established, and it does not harm the fetus, so you don’t have to worry about taking it if you want to carry on with the pregnancy.

Do you think the I pill can be used in place of a traditional birth control pill?

I don’t think it’s appropriate for regular birth control. After unprotected intercourse or a contraceptive failure, use it only as a last resort.

What’s the deal with I pill contraceptive?

An emergency contraceptive capsule called I-Pill is used in the event of unprotected intercourse or contraception failure to prevent unwanted pregnancy. It contains the active component levonorgestrel.

When is the best time for a young lady to begin taking a contraceptive capsule?

As soon as you get your hands on the first one, do not hesitate. Take the second one 12 hours after the first one. To begin treatment, you must take your first medication within 72 hours (or three days) of having unprotected intercourse (or five days if prescribed by your doctor). The ECP works best if taken as soon as possible.

Is it possible to postpone menstruation using an intrauterine contraceptive?

Extended or continuous usage of an estrogen-progestin birth control tablet can delay or prevent your period. The ideal pill plan for you will be determined by your doctor, but in general, you should skip the inactive pills in your current pack and begin a new one immediately.

There is a possibility that my tablet may fail to do its job.

Your emergency contraceptive pill won’t work if you have sex right before or right after you ovulate (7). The second round of unprotected intercourse after taking the pill in the same cycle could result in failure as well (7).

I Can One Step Pregnancy Test Kit

119.00৳
Add to wishlist
Hello sir/mam how can We help you